Arsene Wenger: Sagna is good, Diaby and Squillaci are fit for Sunday while Rosicky is still a doubt 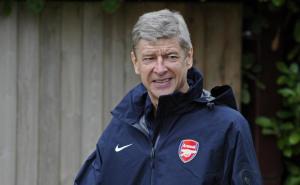 Arsenal’s next match is against Huddersfied Town on Sunday in the 4th round of the FA cup. Arsene Wenger today gave the latest injuries news ahead of it.

Speaking to Arsenal TV online, Wenger confirmed that Squillaci and Diaby are back in the squad for Sunday’s fixture. Diaby has been out since the end of December through a calf injury while Squillaci has been missing due to a hamstring injury since the 8th of this month.

He also told that the only uncertainly is of Rosicky as he could not confirm, due to his sickness, whether he will be fit or not.

Whereas, according to Wenger, there is a chance for Almunia to be in the squad, who has been out due to elbow and ankle problems for a while now. But as far as Fabianski and Vermaelen are concerned, they won’t be available.

Regarding Sagna, Wenger told that he is good but still has a little bit of headache. However, Wenger added that all the tests at the hospital were clean and he will be available on Sunday or at the most by Tuesday for the match against Everton.

“Squillaci and Diaby will be in a squad. The only uncertainty I have is Rosicky. I don’t know if he’ll be fit or not. He was really sick.

Almunia has a chance, Fabianski no and for Vermaelen we need to be patient.

Sagna is as good as you can be. Yesterday he was at home and he still had a little bit of a headache. All the examinations made at the hospital were clean. He should be available for Sunday. If not Sunday then Tuesday.”

This entry was posted on Thursday, January 27th, 2011 at 20:59 and is filed under Uncategorized. You can follow any responses to this entry through the RSS 2.0 feed. You can leave a response, or trackback from your own site.

4 Responses to Arsene Wenger: Sagna is good, Diaby and Squillaci are fit for Sunday while Rosicky is still a doubt