Sunderland vs Arsenal: It Won’t be Easy

It won't be easy

In less than two hours time Arsenal is going to take on Sunderland in the Stadium of Light. Our last visit there ended in us losing by a single goal.  But that was our first loss there in six visits. The last six fixtures against them has resulted in us getting 3 wins, 2 draws and a loss. This season, in the Premiership, Sunderland has notched up a solitary win against Manchester City, a couple of draws and an away loss at West brom. Sunderland have only lost one of their last 12 matches at home in the Premier League. They are a difficult side to beat at home as Manchester city have found out. END_OF_DOCUMENT_TOKEN_TO_BE_REPLACED

Sam Allardyce – A Moron at His Best 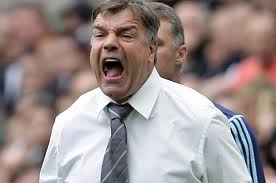 Sam Allardyce has gone a step further to show that he is a complete moron and there is no one better at this than him. END_OF_DOCUMENT_TOKEN_TO_BE_REPLACED